When you live in a big city, you find a special charm in small cities. For a street photographer shooting in a small town it is a special challenge, because everything is different there – less transport, fewer streets, and fewer people on these streets. And if you are used to the rhythm of a big city, when you find yourself with a camera in your hands in the small one, at first you feel a sense of slight confusion – there is no fuss you are used to, no one is in a hurry, life seemed to slow down.

Near St. Petersburg, in which I live and shoot most of my street photos, there are many such towns, and once I decided to get into one of the largest – Kronstadt. Kronstadt is a special city with its own character, architecture and people, a port city, a city of military glory, which was laid down by Peter the Great as a defensive settlement. It is an hour’s drive from St. Petersburg, on the island of Kotlin.

But when I arrived there, the streets were empty. It was a weekday morning (I had a vacation), and most of the residents were at work, and the children were in kindergartens and schools. I wandered around the city and did not feel it – it is difficult to feel the empty city, its breath and its rhythm. A few tourists wandered in the center, elderly people walked their dogs, and workers repaired the roads. Of course, I shot something, but there was little life in these pictures and not enough history – lonely travelers on deserted streets, old women at the church, ships moored and gulls circling above them. And I wanted to find and capture something special that distinguishes this particular place, something that I can hardly meet in a big metropolis. But I have never even met sailors.

I froze a little and returned disappointedly to the car, which I parked in the courtyard of some residential quarter. And then my gaze fell on an old long brick house near my car. At that moment, something clicked inside. I think many photographers know this feeling – a hunch that you were at the right time in the right place, that now you will see something, for which you were here. But I still did not understand what exactly. I slowly examined the space around me.

In front of the house was a small playground with a funny sculpture of an old woman – Shapoklyak (a character of a cartoon very popular in Soviet times). I came closer and took the first frame, just in case. 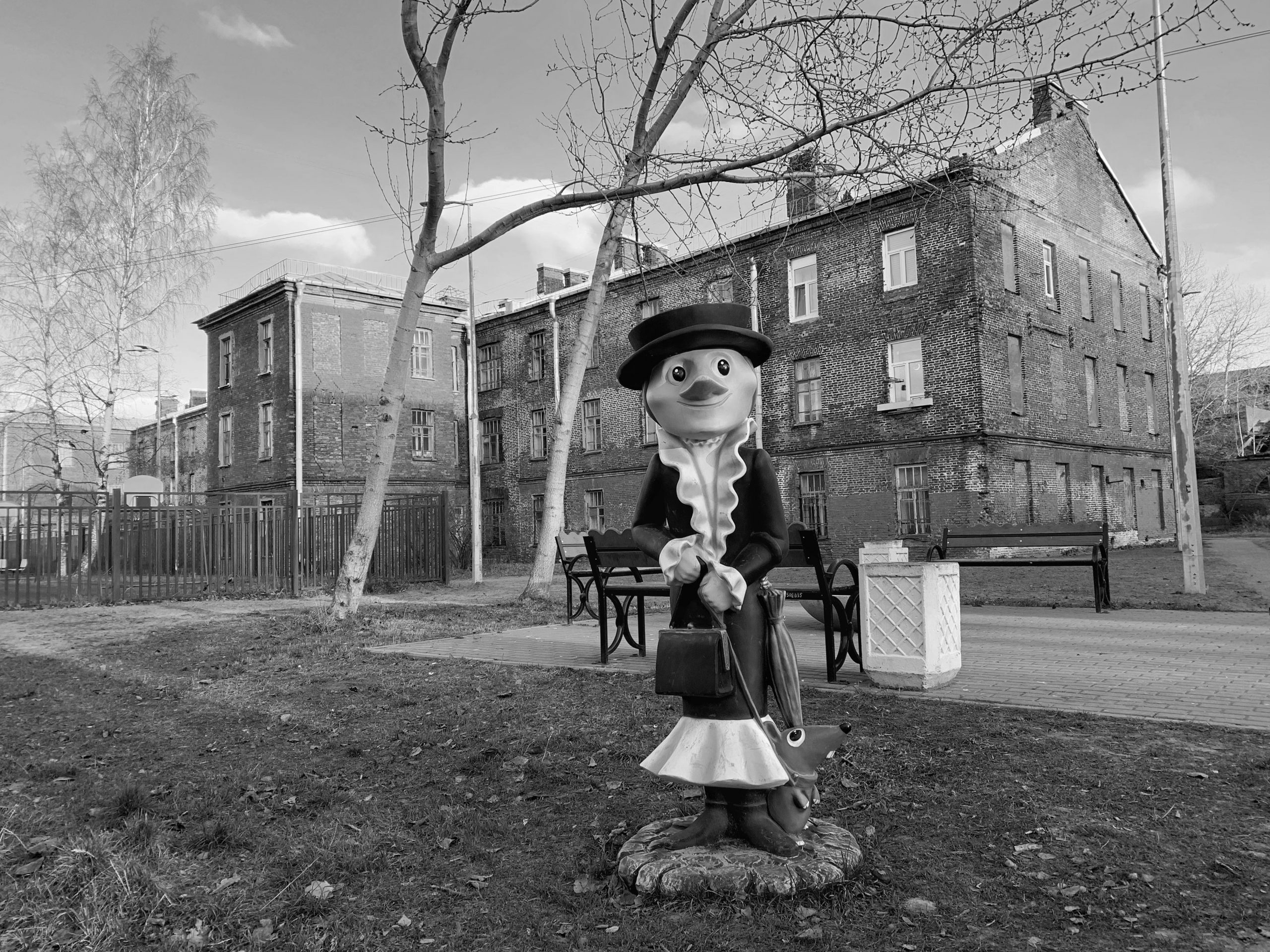 But around it was still deserted. Then, without much hope, I decided to go around the house to see what was behind it. But there was nothing special behind it either, I reached half the house and was about to turn around, when I suddenly saw two boys appearing out of nowhere, either returning from school, or simply going somewhere. 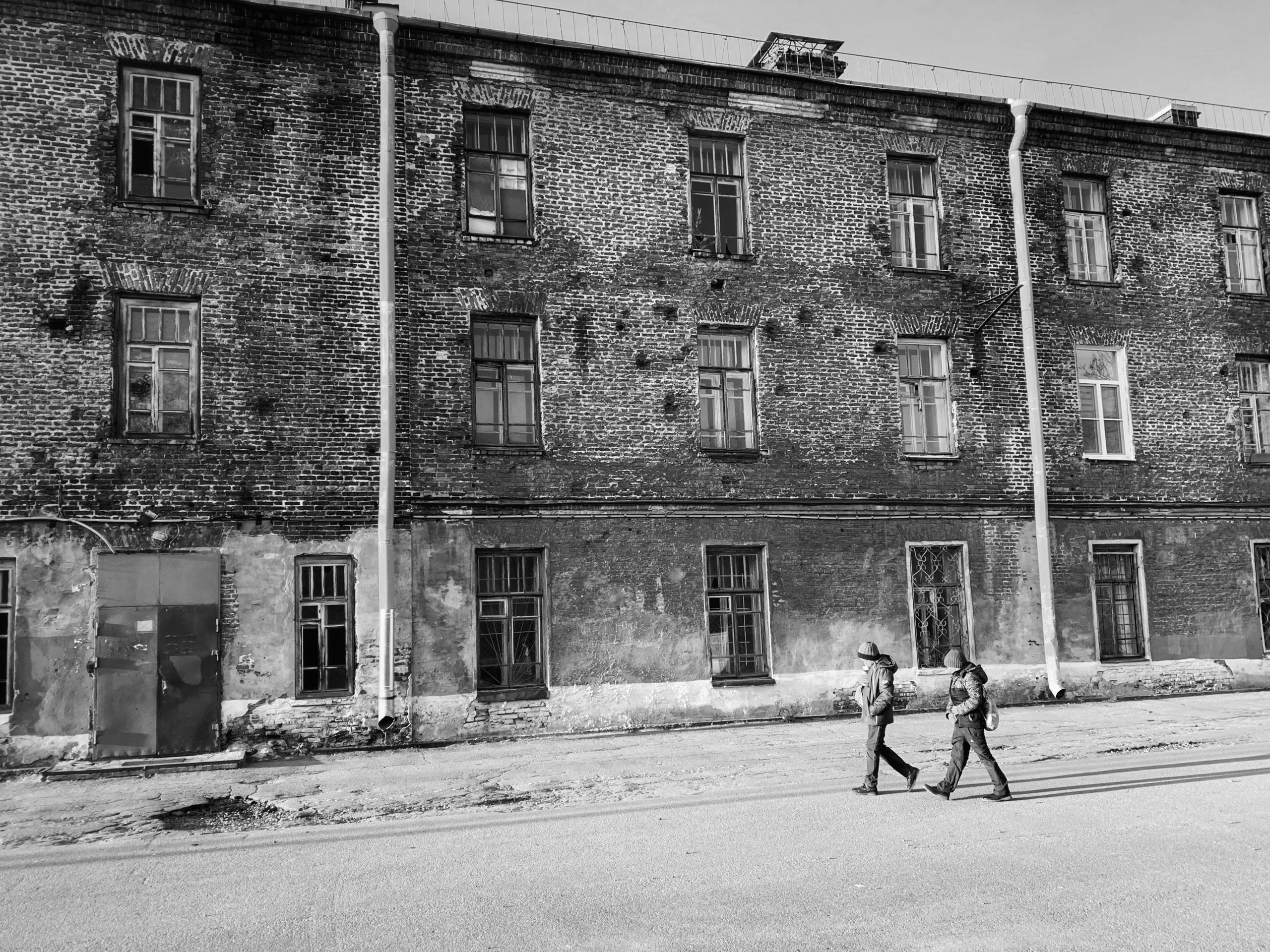 They had shoe bags behind them, and one of them clasped a drinking bottle in his hands and pressed his head into his shoulders, protecting himself from the wind. And at that moment I realized that I was as if seeing a scene from some old movie. This whole place was as if saturated with the past from old black and white films. It was in black and white that I saw this scene and I took the shot. The boys walked toward my car, and I went after them, taking another shot. They stopped every now and then – to fasten the zipper on the jacket, or play with a puddle, and at some point, I overtook them with a couple more shots. 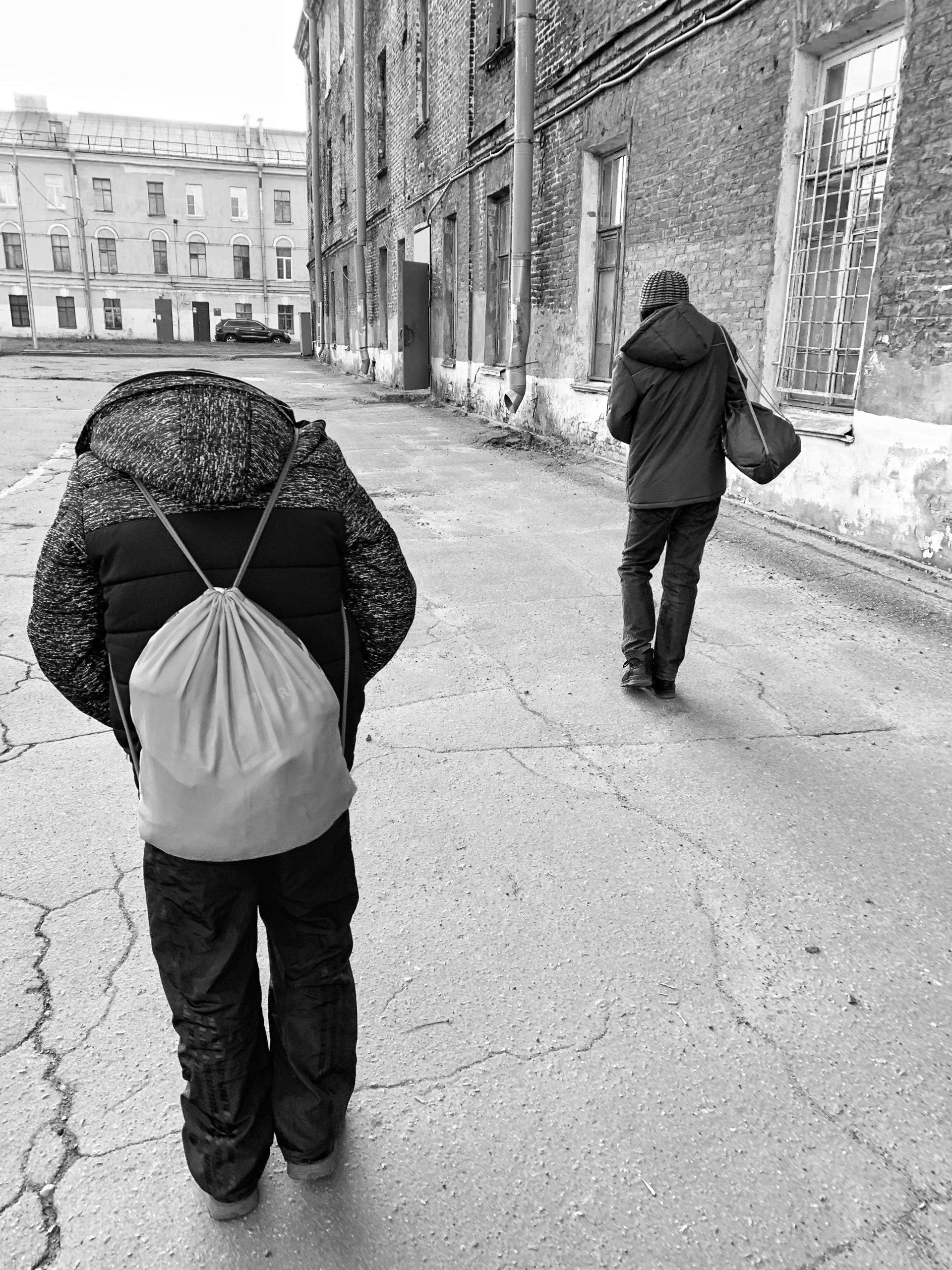 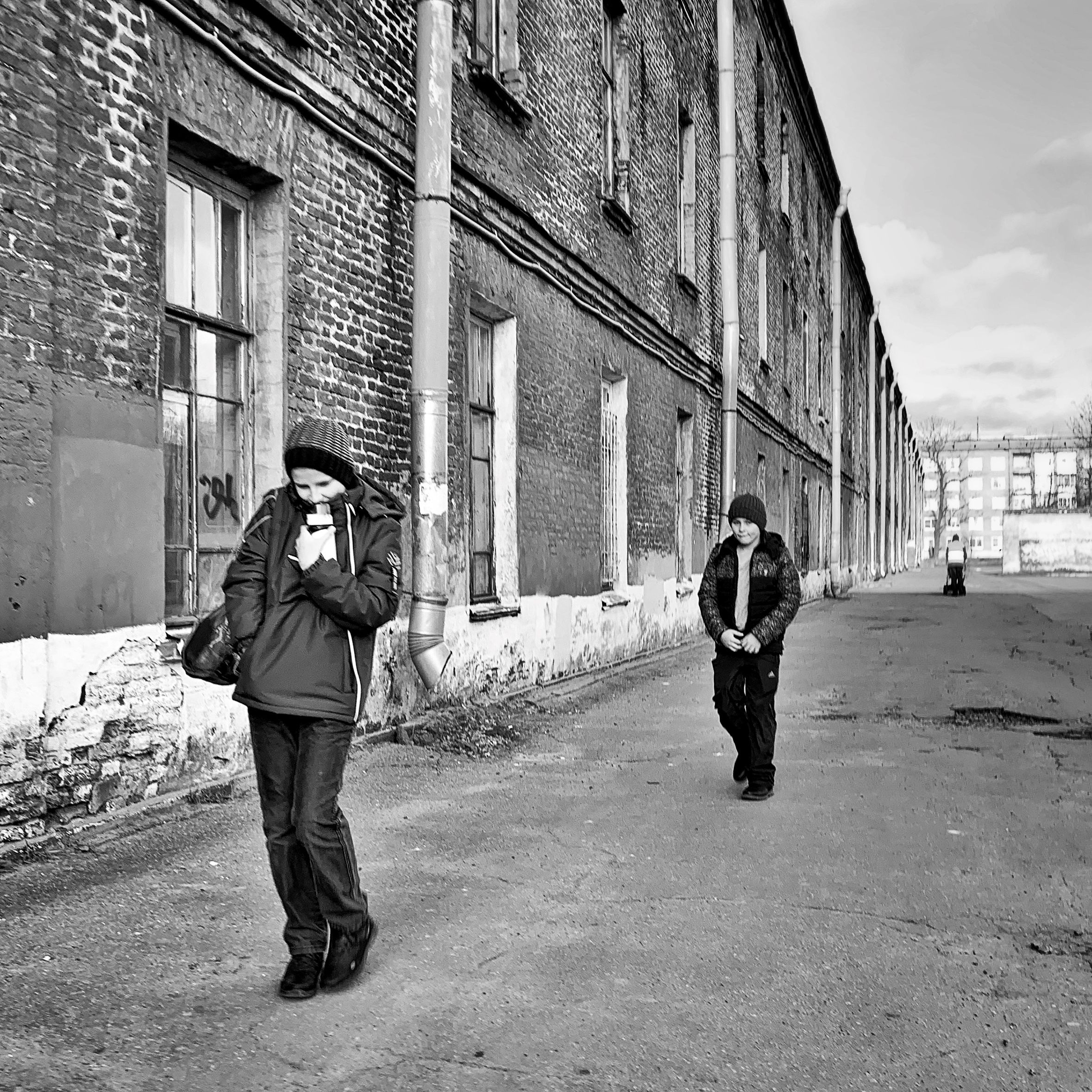 And so this little story happened, or, if you like, a little movie from the past, about two ordinary boys from a small town.

This story has no beginning and no end, it’s just a small episode from their life. But the story is beautiful in that way – it’s just life.

The life that carried the spirit of this place. 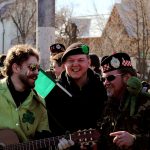 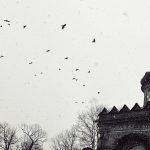